The underlying assumptions in this question, which will be further discussed, is that Africa is an emerging economy and the diaspora which remits more than $46 billion per year to the continent can play an important role in its emergence. Through participation in the continent’s economic development, the African diaspora can become an influential force both in growing regional economies and in supporting positive social change throughout the continent.

On April 1, African Diaspora Network partnered with the Skoll Foundation to host a virtual meeting convening Africans, Diasporans, and friends of Africa. The Skoll World Forum Ecosystem Event: The Role of Africans in the Diaspora to Help Develop the African Economy, received a record of 120 RSVPs, with about 62 participants in attendance. The session featured Almaz Negash, founder and executive director of African Diaspora Network, and Professor Liesl Riddle, associate dean of graduate programs and associate professor of international business and international affairs at The George Washington University.

The meeting began by welcoming our participants from around the world, who we invited to share their goals and questions for the session. Participants expressed interest in increased connections and insight on Africa’s future, how to leverage the power of diaspora and increase resilience in these uncertain times, and what collective action can be taken by Diasporans to move the economy of the continent. Almaz introduced the work of ADN and provided context on the widespread presence and contributions of the diaspora, particularly via remittances. Professor Liesl Riddle explored the role of diaspora beyond remittances, citing other means of investment including tourism, philanthropy, skills transfer, and direct investment. Both hosts cited the sustainable development goals as essential guides on shaping a development approach to Africa. The conversation concluded with an examination on the role of African governments and the need for meaningful partnerships with government leaders in order for the Diaspora to scale their contributions. Participants had the opportunity to ask questions at the end of the session, some of which included questions on COVID-19, youth unemployment, and internal resistance to investment. 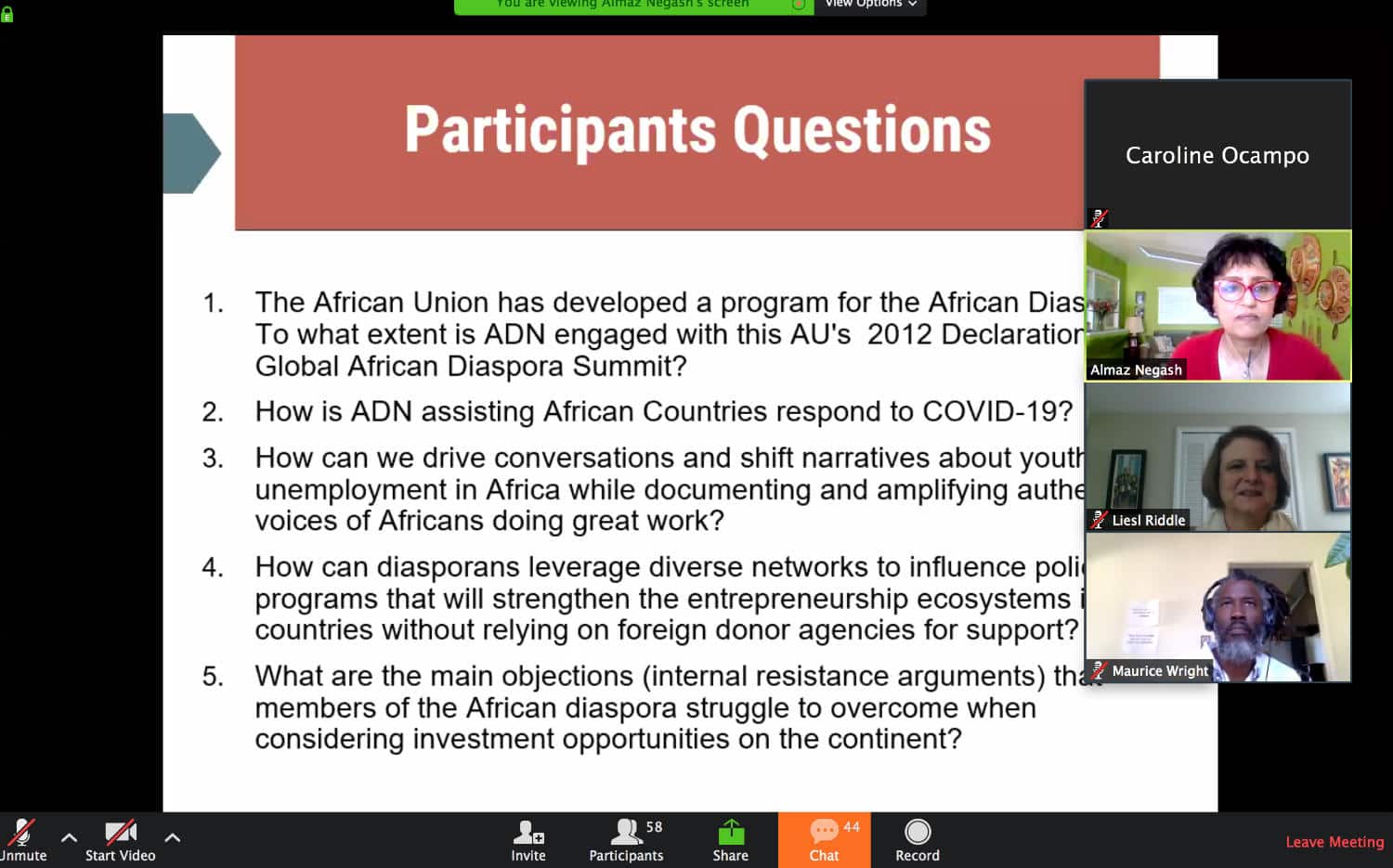 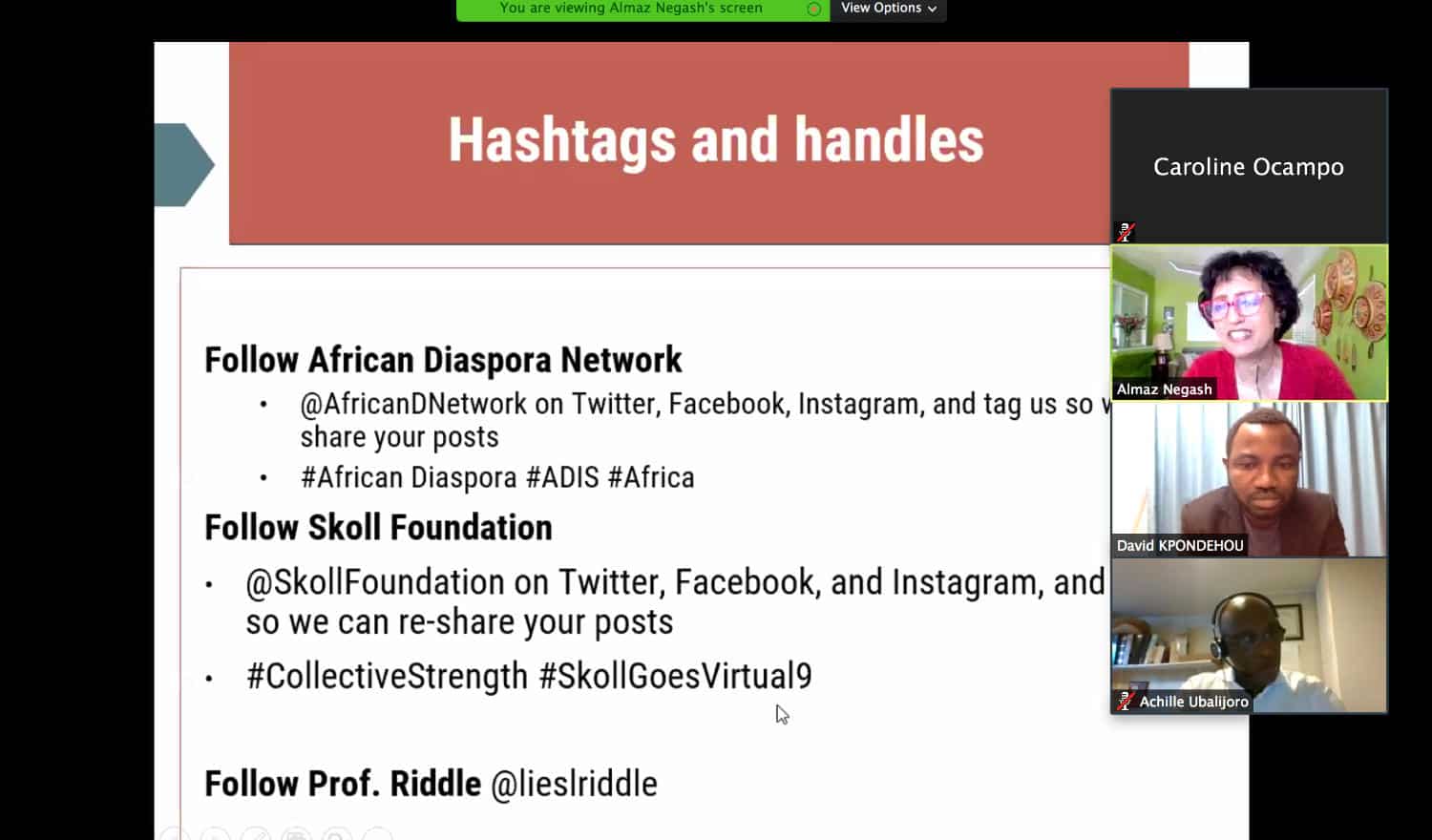 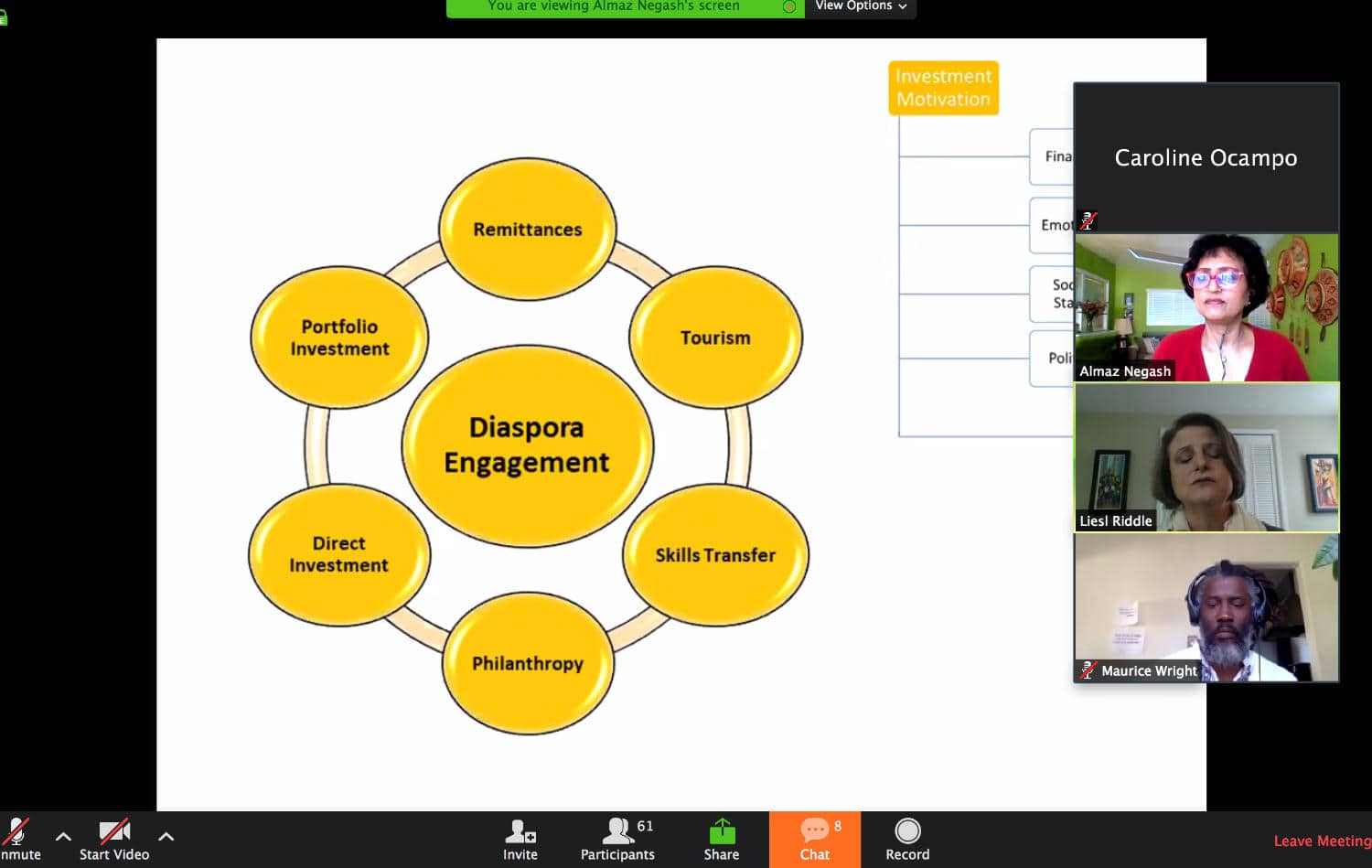 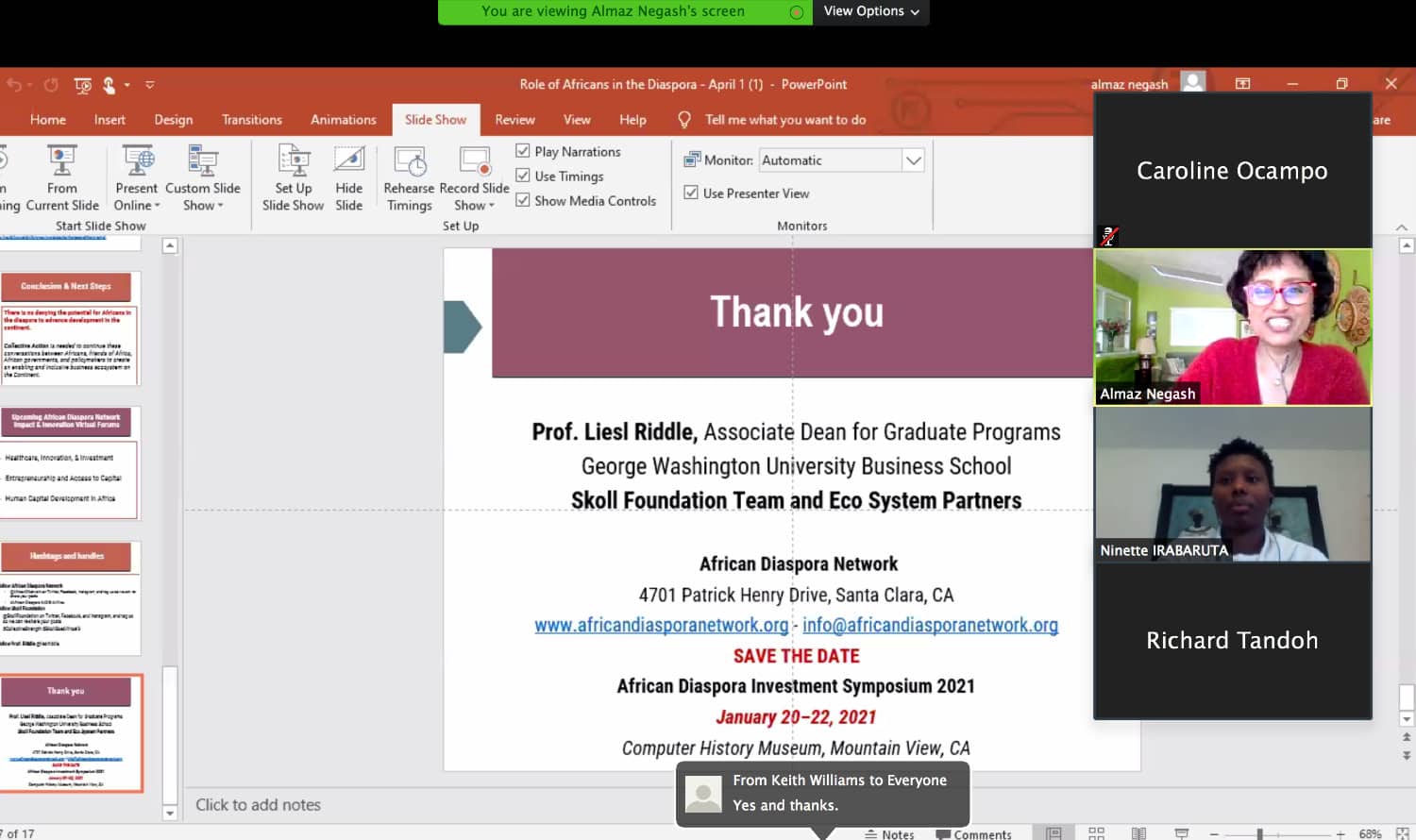 What is one thing you hope to get out of today’s session?

Role of Diaspora Beyond Remittances

The Role of African Governments